skip to main | skip to sidebar

The blog will feature several different types of articles.  One of them will be personal profiles like this one.  Another will be stories from people's lives.  Another will likely be important places in the Farnsworth Family.  I expect there will be miscellaneous as well, but who knows?
Thomas Linn Farnsworth was born in 1974 in Portland Oregon, the Lloyd and Dottie Farnsworth's middle child.  He spent his first 4 years moving quite a bit until his family settled in Canby, Oregon in 1979.  He went to Canby schools all 12 years while living in 2 different houses.  Tom did a lot of theater in school, and sang with the high school choir.  French was his other great love.
Tom's best friend in elementary school was Brent Arritola.  Brent moved to Gervais in 1988, during their 8th grade school year.  Jeremy Ollis, another friend from elementary school, moved the same year.  That was the year that Tom got to know Sean Hawkins, and they spent part of most days together until they left to serve missions for the LDS church in 1994.
Tom served in the Japan Osaka and Kobe missions, while Sean went to El Salvador San Salvador.  When he came home in April 1996, Tom lived with his mother for a year while he went to Clackamas Community College, studying vocal music, French, and theater and assisting in the Japanese classroom.  In 1997, he left school to work as an interpreter for Japanese patients in the Portland area.  After a year of some (but insufficient) success, he left the Canby/Oregon City area to recommence school at the University of Oregon.
The day Tom arrived in Eugene, he met Katrina Tanton.  They were engaged on Thanksgiving Day 1998 and married on March 19, 1999.  Tom joined Nikon Precision in April 1999 as a Field Service Engineer, and as of this writing is still with the company as a Site Supervisor for a national team of engineers.
Tom and Katrina have 4 children, 2 boys and 2 girls.  Tom finished his BS in business management from the University of Phoenix in 2006 and got his MBA from the University of Oregon in 1998.
Tom blogs at kermitisking.blogspot.com, farnsworthhistory.blogspot.com.
Posted by Kermit_is_King at 11:24 AM

My grandmother's parents were married in Portland, Oregon, in 1911: Carrie Drew and Myron Farnsworth. They separated when Gramma was little, but she still kept in touch with her dad. In one letter, he wrote that she should write her grandmother "Lettice Farnsworth in Cordova, Maryland." My mom would love more information about her family... any help you can give would be wonderful!
Cathie 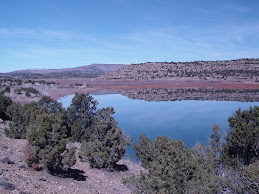 Where Earl and Erma Farnsworth bore their children